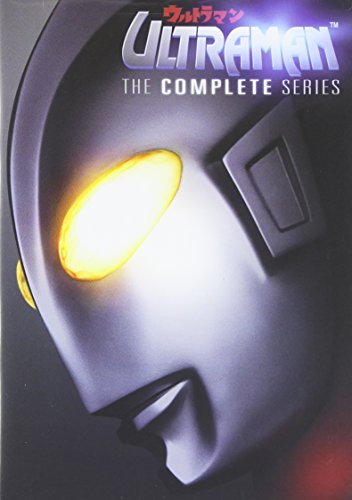 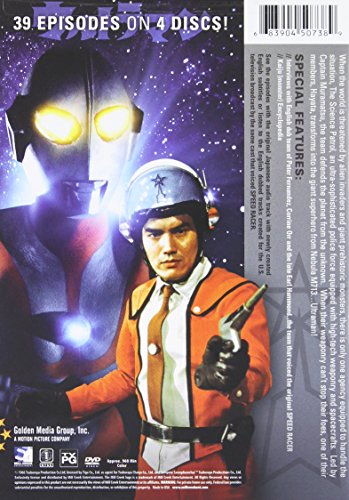 When the world is threatened by alien invaders and giant prehistoric monsters, there is only one agency equipped to handle the situation, The Science Patrol, an ultra-sophisticated police force equipped with high-tech weaponry and spacecrafts. Led by Captain Muramatsu, the team defends the planet from the unknown. Unbeknownst to the team, one of their members, Hayata, has the ability to transform himself into the giant superhero from Nebula M7B, Ultraman, when all their weaponry and skills can’t stop their foes!

Created by special effects wizard Eiji Tsuburaya (Godzilla, Mothra), the 1960’s television series Ultraman remains one of Japan’s most beloved science-fiction exports. Airing between 1966 and 1967 with a total of 39 episodes, the live-action series followed a high-tech police force and their alien superhero Ultraman as they battled to save the Earth from invading aliens and monsters. This collection presents the complete series in original un-cut and re-mastered editions. Special features include English Subtitles, U.S. Opening Credits and interviews with the English dub team of Peter Fernandez, Corrine Orr and the late Earl Hammond (the team that also voiced the English version of Speed Racer).
Episodes:

Be the first to review “Ultraman: The Complete Series” Cancel reply